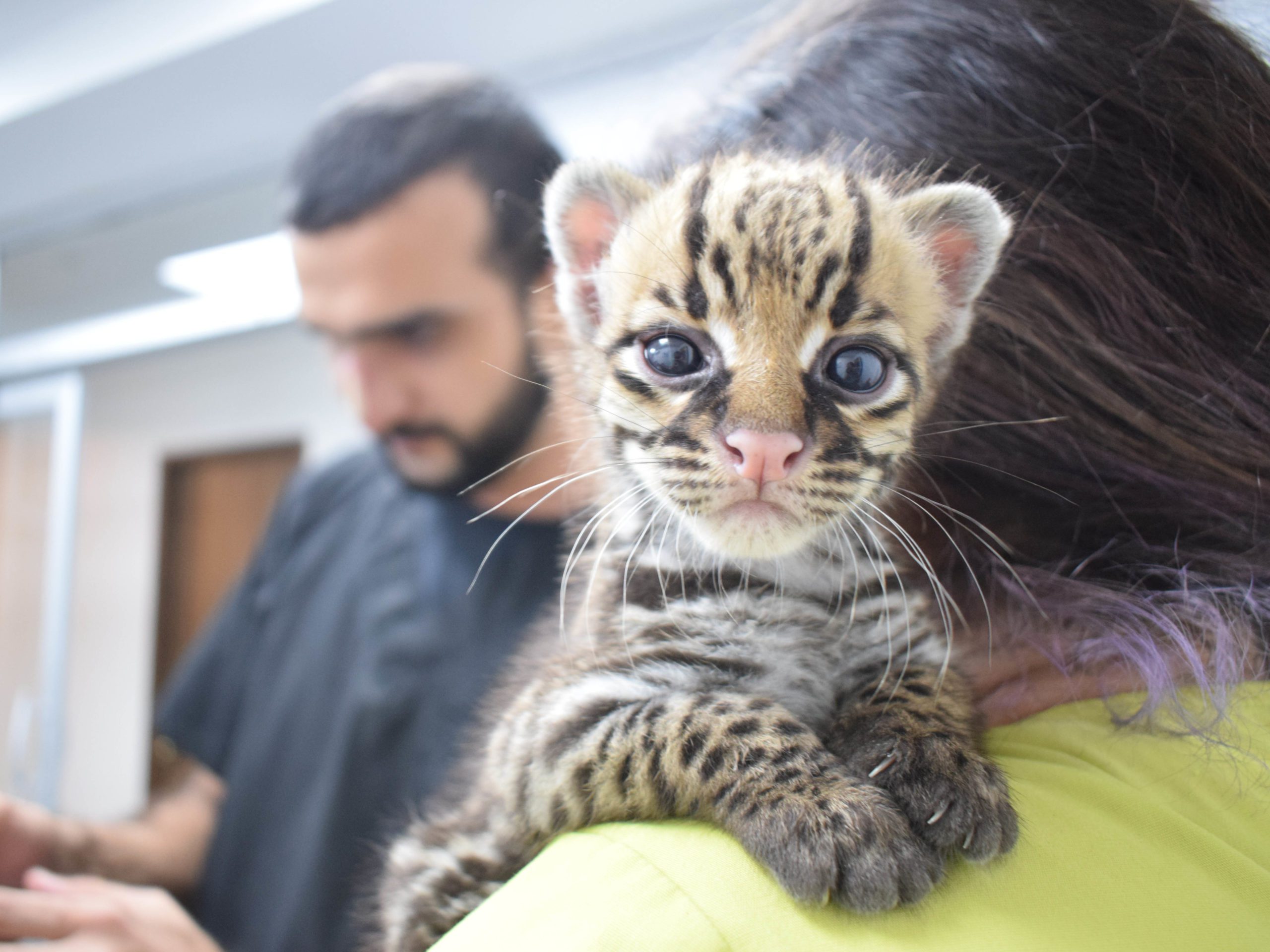 Sacha the ocelot, the first wild animal Eliana Molineros treated and the one who inspired the Sacha Project. He was less than 15 days old and one of the thousands of animal victims of trafficking or illicit commercialization each year | Photo courtesy of the Sacha Project

His survival depended absolutely on my care, and I had an obligation to do it well. I felt and assumed that much responsibility and commitment with Sacha, and that’s carried over to each one of the 2,500 animals that have come into the Sacha Project's care since. 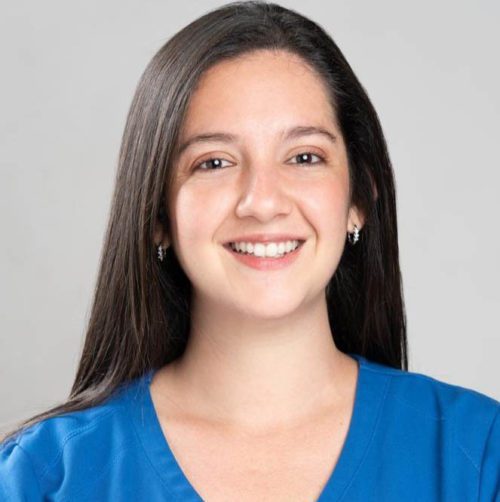 GUAYAQUIL, Ecuador—When he arrived at my veterinary clinic in June 2018, the tiny cat was only 10 or 12 days old and weighed just a few pounds. Someone saw him for sale at a store, rescued him, and then brought him to me.

I named that little kitten Sacha. He is an ocelot, a medium-sized wild cat; although I am a veterinary doctor, he was the first wild animal I saw. I had no idea then that our encounter would change my life and lead me to found the Sacha Project (Proyecto Sacha), an organization that promotes the conservation of wildlife in Ecuador.

Before his arrival, my professional practice was exclusive to domestic animals such as cats or dogs. But with Sacha, I realized that wildlife also needed specialized attention.

Caring for Sacha was like caring for a similarly aged human child. He cried when he was hungry, and I fed him with a bottle every three hours and made sure to get his gasses out. Like a human baby, if you do not help them burp, they are uncomfortable and will cry.

His survival depended absolutely on my care, and I had an obligation to do it well. I felt and assumed that much responsibility and commitment with Sacha, and that’s carried over to each one of the 2,500 animals that have come into the Sacha Project’s care since.

Most cases require 24-hour medical attention. When citizens or members of the Environmental Police Unit bring us animals, we treat them as critical patients. Our diligence and speed of action can increase their chances of survival.

The threats are diverse and go unreported

In these almost four years of work, I have learned that the problems facing wildlife in Ecuador vary according to the species.

Freshwater turtles such as charapas face the problem of frequent domestication. Owls, meanwhile, are demonized or linked to legends, and the laughing falcon, also known as the snake hawk, is a bird whose song is wrongly associated with death, so people chose to kill it. People link consumption of opossums to acquiring a greater reproductive capacity, since it is a species of marsupial that gives birth to many offspring.

Through contact with these animals, I also learned that agricultural burning will cause the injuries we see in the majority of our patients from June to December. This is how Ernesto came to us, an ocelot who unfortunately died a few days later due to the seriousness of his burns.

Until 2018, I had no idea about any of this. And if I, a veterinarian, did not know, other people would know even less. I realized these are problems that have always been invisible, so I am trying to make them visible with the Sacha Project.

Culturally, many have been taught or assume thanks to television that “wild” animals, so to speak, are mainly in Africa and only in the Amazon or Galapagos in Ecuador. In reality, the Ecuadorian coast is full of wildlife.

These misguided assumptions lead to cases like Lupe, an anteater. In 2019, she was run over, and to cover the costs of her surgery I set up a crowdfunding campaign. At the same time, another donation campaign for the magnetic resonance imaging (MRI) of a dog spread on social networks.

I always tell this story because it illustrates how the closeness between humans and domestic animals makes people feel more empathy towards them. They know the dog, not the anteater.

The fight continues for the Sacha Project

We’re making progress thanks to the educational and awareness work of conservation centers, zoos, and organizations like the Sacha Project, but there is still much to do.

In coming months, we are launching an awareness campaign against wildlife trafficking, deployed throughout the mass transit options in Guayaquil.

It is the first time the city has seen an effort like this, and our goal is to encourage people to report crimes against the wildlife of the country. The current rate is very low; Ecuador has strong laws against these crimes, but if there are no complaints, we cannot demand more action. If it doesn’t look like a problem for anyone, it appears that there is nothing to solve.

That is the message that as a society we send by not denouncing these crimes, and the consequences of this silence are palpable. When Sacha came into my hands, his species was classified as Vulnerable. Unfortunately, despite our efforts, its conservation status has worsened; it is now located in the Near Threatened category on Lista Roja de los mamíferos del Ecuador 2021 (The Red List of Mammals of Ecuador 2021).

Reflecting on the personal toll

The money is always lacking in this type of work, but the animals do not stop arriving. Two weeks after Sacha, Vicha arrived, a baby howler monkey with similar circumstances: illegal traffickers separated her from her mother.

With Vicha, I almost threw in the towel because primates are much more emotionally demanding. The monkeys need to attach to something, to someone, because that is the way her mother treats them; without her, they cry. She cried all the time, because she felt real love for her mom and probably saw her die.

This is what defeats most of these orphaned cases: the absence of the mother. Hence, in these cases, my work is much more complex. I have to find the balance between satisfying their emotional and nutritional needs and keeping them from getting attached so they retain, to whatever extent possible, their wild instincts.

However, an interspecies bond inevitably develops. When one of my wildlife patients dies, I experience their loss like that of a close relative or loved one. This is how I have lived in each one of fights to save them; it’s difficult, but I will continue my work regardless. 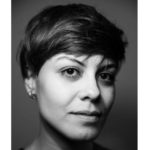 Daniela Mejía Alarcón loves to write and has worked in journalism for over 12 years.