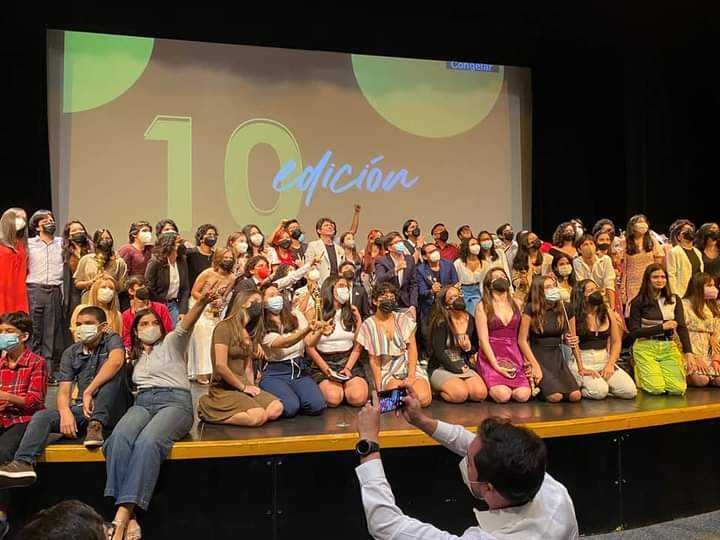 I read the message with my heart racing. When I got to the sentence, “You won the Iberoamerican Festival Cinefest in Catalonia, Spain,” I screamed in excitement and threw the phone on the bed. 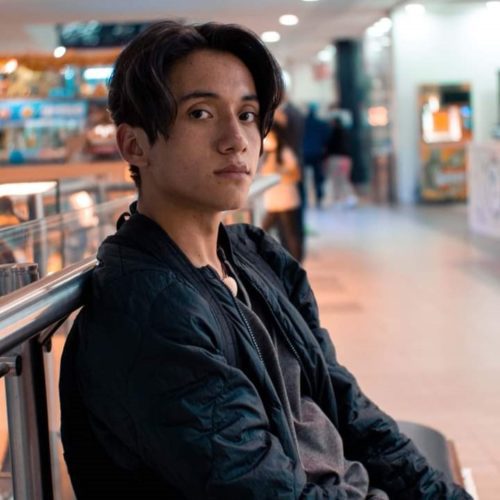 Interview Subject
Filmmaker and artist Randy León runs Akari Studios and volunteers with feminist organizations. He loves photography and independently documents social problems nationally and internationally. Follow Akari Studios and Randy on Instagram.
Background Information
The CineFest Miskolc International Festival takes place in September each year in the heart of the largest city in northern Hungary. Since the first CineFest in 2004, it has become the main and most popular film festival in Hungary. Their goal is to introduce young film talent from around the world and give them the opportunity to showcase their work. Films compete in long feature and short sections, and there is a section called CineNewWave (for animation and short films) exclusively for young Hungarian filmmakers. All films in the competition are Hungarian premieres. The organization’s mission is to mediate film values ​​internationally. To achieve this, they provide professional help to the rising generation of filmmakers, offering a meeting point for film professionals, and offer new theatrical releases and historic cinematic masterpieces. Branches of CineFest take place in other locations like Spain, where Randy won for this short film.

LOJA, Ecuador — When I began writing the script for my short film Los Olvidados I remembered the way people looked down on foreigners throughout my childhood. The rejection of migrants I witnessed as a teenager filled me with rage, but I felt powerless to challenge those stereotypes.

During family meals, when talk arose of Venezuelan migrants in Ecuador, derogatory comments filled the room. “Those people who clean cars for a few coins are just lazy and rude,” they said. It seemed as though they blamed the migrants for their vulnerable situation.

Motivated by empathy for migrants, young man follows his dream to film

Even before beginning work on my film, an image imprinted in my mind of a migrant man making difficult decisions to help a loved one. As writing began, I learned more about the plight of migrants through online research, especially from YouTuber Lethal Crysis.

Lethal visits countries and documents the experiences he has in videos. Upon arriving in Venezuela, he interviewed residents. One testimony revolved around a man who could not buy medicine for his sick brother. The man’s story deeply impacted me. I read as much as I could about the situation in Venezuela, expanding my empathic view of a serious social problem.

For a week, every night I dedicated myself to stringing together ideas until I had a final structure for the film. I shared the script with a group of individuals who decided immediately to support the project. However, financing proved a major limitation. We sought sponsorship from organizations, but with all of us being 19-20 years old, they turned us down.

Although we felt disappointed, we forged forward and soon found help from the Beatriz Cueva de Ayora Educational Institution. While they could not offer funding, the public institution loaned us filming space and created promotional posters and advertisements. The pre-production phase lasted two weeks. Remaining calm and faithful, a number of radio stations offered advertising to help us disseminate information.

While difficult, I allowed my spirit to stay afloat throughout that pre-production phase. A shoot can be stressful. It involves many people and complex coordination; but it wasn’t until editing that my enthusiasm began to waver. Our group, comprised of very young people, had no experience or resources. Stress, nervousness, and worry consumed me. I could not screw this up.

I maintained my motivation by focusing on the strong feeling I had throughout my life about the plight of migrants. It was this conviction and the importance of sharing my message that kept me going.

Team unity reflects the spirit of the film itself

One day, we started shooting in a large field located in the Obrapía neighborhood of Ecuador. We wanted to avoid potential rain in the afternoon, so we began at 7:00 a.m. I woke up early, secured the equipment, and left for the meeting point. Upon arrival I discovered one of the team members forgot an important prop. It felt like the day started as a total mess.

While I can get angry at times, I consider myself a patient person, so I began looking for solutions. Suddenly, the entire film crew rallied together to help. We needed a resource to conduct a tracking shot which records a moving scene. Team members began reaching out to their friends, acquaintances, and relatives. Some were too far away to help, but eventually the grandfather of lead actor Daniel Ramírez sprung into action.

After a few hours, the man arrived in his truck to help. Riding in the bucket of the truck, I achieved an important shot where the actor runs forward, and the scene fades into the distance. By the time we finished after 10 takes, our lead actor left exhausted!

This experience taught me balance and integrity, and to never give up. I also witnessed a team come together in unity – the kind of unity I wanted the short film to reflect, and it happened right in front of me. In that moment, I saw how people can work together in the spirit of a team. We did not waver in our goal, nor toss accusations. That felt inspiring.

Once we finished the short film, we sent it to different national festivals, including one in Guayaquil, where we received recognition. In fact, the organizers of the festival sent our short film forward, to participate in the Cinefest International Festival. I felt overjoyed and a huge smile spread across my face.

A few months passed, and on an ordinary day, I was at home, busy with regular, everyday activities. I received a message from the organizer of the Guayaquil Festival. It seemed strange to me since he had not contacted me for a long time. I read the message with my heart racing. When I got to the sentence, “You won the Iberoamerican Festival Cinefest in Catalonia, Spain,” I screamed in excitement and threw the phone on the bed.

Afterward, I notified my teammates by text message. When I got no immediate reply, I could not contain my joy and made a phone call to each one. Later, I told my family who celebrated my triumph.

My team and I consider this award motivation to continue with new projects. Without a doubt, it reaffirmed the importance of this film. I also realized, despite the lack of necessary resources, you can do great things. Within the artistic sphere, content can have an impact, regardless of the resources invested or other aesthetic values.

Since I won this award, I have learned that each work must have a message that makes society reflect. I value the people with me, more than ever, for supporting these initiatives and pushing me to fly beyond my fears. 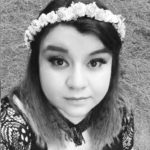 Sara earned her undergraduate degree is in general psychology and won a scholarship for her Master's Degree in Literature from the Universidad Andina Simón Bolívar. She published multiple poetry collections including Teachings (Liberoamérica, Argentina, 2019), Nocturnal conversations with the shadow of my mother (Perniciosa editorial, Argentina, 2019), La Impúdica Humanidad de lo Sagrado (House of culture of Loja, Ecuador, 2021) and My dog ​​does not read my poems (Publication House of Cuenca, Ecuador, 2022). She won honorable mentions in the Ileana Espinel Cedeño national contest (2019 and 2021), second prize for poetry in the Carlos Giménez international contest (Spain, 2021), and a Casa Editorial poetry prize (Ecuador, 2021). Her poems have been published in digital magazines including Poémame, New York Poetry Review, Circle of Poetry, El Humo, I Say Word, and others. She was selected as one of the winners in the School of the Living Arts Festival (Institute for the Promotion of Creativity and Innovation, IFCI, 2021) and won an online residence with Atelier Poético (Organization of Ibero-American States, 2021). She is a writer for the organization La Ninfa Eco and independently conducts therapeutic and creative writing workshops. She is coordinator of the Editorial Unicornias.