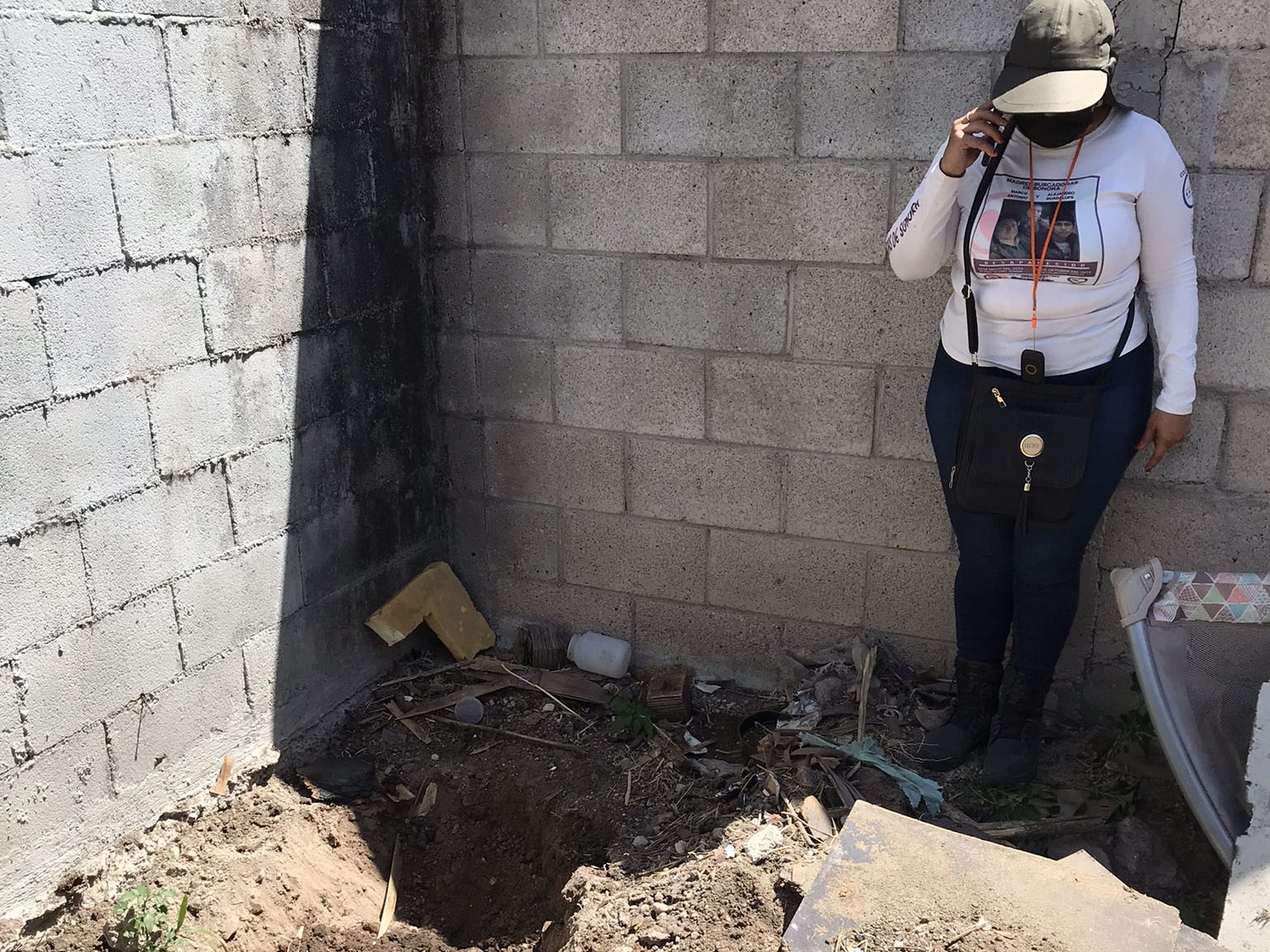 Every day, I walked through uninhabited fields and city drains. There, I found my first body – a young man who had been kidnapped and left in a drainage canal. Seeing a dead person and thinking it could be my son shocked me, but that body was only the first of hundreds of people we found in a country where disappearances increase daily. 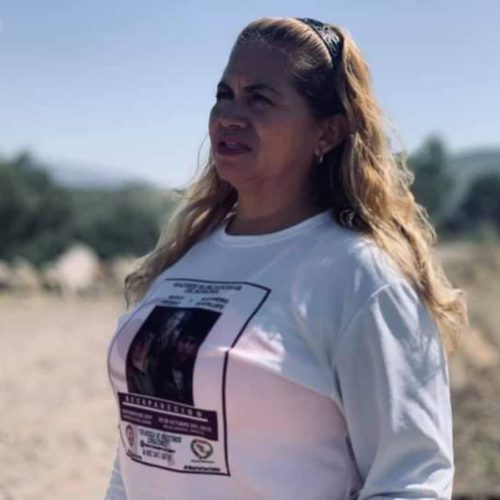 Interview Subject
Ceci Patricia Flores Armenta started the group Madres Buscadoras de Sonora in 2019 after having three of her sons kidnapped in Mexico. The group brings together more than 2,000 mothers looking for their disappeared children throughout Mexico. They do so with their own resources and without the support of any official authority.

The group has found more than 1,700 people, of which 900 were in clandestine graves. Nearly 800 remained alive.

Her son Alejandro Guadalupe Islas Flores disappeared on October 30, 2015, in Los Mochis, Sinaloa. While her other son, Marco Antonio Sauceda disappeared on May 4, 2019, in Bahía de Quino, Sonora.

Ceci Patricia Flores was considered by Forbes Magazine in the list of the 100 most powerful women in Mexico in its 2022 version. In Mexico, Mother’s Day is celebrated on May 10 and is one of the most important holidays on the calendar.
Background Information
According to the National Registry of Disappeared or Non-Located Persons, prepared by the Ministry of the Interior, from 1964 to date, 100,000 people have disappeared in Mexico.

The United Nations Committee against Enforced Disappearances (CED) pointed out that “Mexico is also experiencing a serious crisis with more than 52,000 unidentified bodies of deceased people.”

SINALOA, Mexico ꟷ Seven years ago, my son Alejandro Guadalupe was kidnapped, destroying my life. It felt like I lost half of myself. Years later, two of my other sons, Marco Antonio and Jesús Adrián, also forcibly disappeared, and with them, I lost the remaining half of me.

Mother in Mexico fights daily to find her missing sons

Every day, I fight relentlessly to find my boys, searching in the mountains and hanging signs in the streets. I did not make the decision to become a mother on the hunt. It happened because my heart was so full of pain.

The best way for me to get rid of sadness is to fight every day not to collapse. I go out to look for my children, shouting to the world, “I need them at home! I am dying of grief without them.” Yet, until I have physically died, hope never dies.

From the beginning, I hoped someone would knock on my door and tell me it was just a nightmare. Imaging their return keeps me strong and standing. Every morning I wake up, I think I will find them – today will be the day. If not, someone will come and tell me where they are.

There is a reason I never lose hope after all these years. I have found many people who were missing for years. Their families mourned them, ceremonially buried them, and held masses every month, yet they were alive. Miracles occur and they restore peace – the very peace I have sought all this time.

My son Alejandro Guadalupe worked at an organic fertilizer plant in Los Mochis, Sinaloa when an armed commando took him away at 21 years old. I lived in Sonora and when I heard the news, I moved to Sinaloa. The pain drove me crazy, thinking I would never see him again. It killed me inside.

I appealed to the authorities to do something to find him. They laughed in my face, so I started looking for him alone. I bought a car and feeling like I had no other choice, I went to the mountains with a lamp, a pickaxe, and a shovel.

Every day, I walked through uninhabited fields and city drains. There, I found my first body – a young man who had been kidnapped and left in a drainage canal. Seeing a dead person and thinking it could be my son shocked me, but that body was only the first of hundreds of people we found in a country where disappearances increase daily.

More children disappear in Sonora, but the cartel returns one

The saddest Mother’s Day I ever had, came after four years looking for Alejandro in Sinaloa. At dawn that morning, people from a drug cartel took two of my other sons, Marco Antonio and Jesús Adrián, from Bahía de Quino back in Sonora.

Before dawn the next day, I was already sitting in the bush ready to go search for them. That same day, I found my youngest son’s wallet and his belongings. With these first clues, I continued searching the location for six days.

On May 10, 2019, I received an unexpected call. They told me they were going to give me a gift for Mother’s Day. The kidnappers let me talk to my two children and at that moment I felt immense emotion knowing they were alive and I did not have to keep looking for them in the mountains. They also gave me my youngest son Jesús Adrián back, and with him I retrieved half of my life.

Unfortunately, my eldest son Marco Antonio, did not come home. I will remain on the trail until I find him.

This fight brings me to the brink of death. Many people know the location of my children, so I ask for clues. I am threatened for this.

The most serious situation I found myself in occurred in Puerto Quino, Sonora. We had discovered a clandestine grave containing the bodies of 58 people. At that moment, armed men came asking for me. They pointed a gun at us and threatened to throw us to the floor of the grave.

I told them if they wanted to kill me, they must do it while I stand up, because I would never kneel down. I never broke my gaze or stopped explaining why we were there. Faced with their threats, I told them, “If you shoot me, you will only kill a body because my soul died the day people like you took my children.”

I lived, but the threats continued and in 2021 I had to leave Sonora for security reasons. I was taken to Mexico City to be protected through a mechanism of the federal government. Since then, I have a panic button so the authorities can know my location in case I’m in a dangerous situation.

I often wonder why God put me in this place and while I have not found the whereabouts of all my children, I do get to help other families.

The most positive outcome of all of this, is having found hundreds of people alive and being able to hand them over to their loved ones. This is a blessing for me.

Whenever I give the news to a mother that we have found her son, I feel a great deal of happiness and peace inside.

I believe everything I am experiencing was necessary to be able to help other families, and this also reinforces my hope that one day, someone will call me to give me the good news: my children are alive.