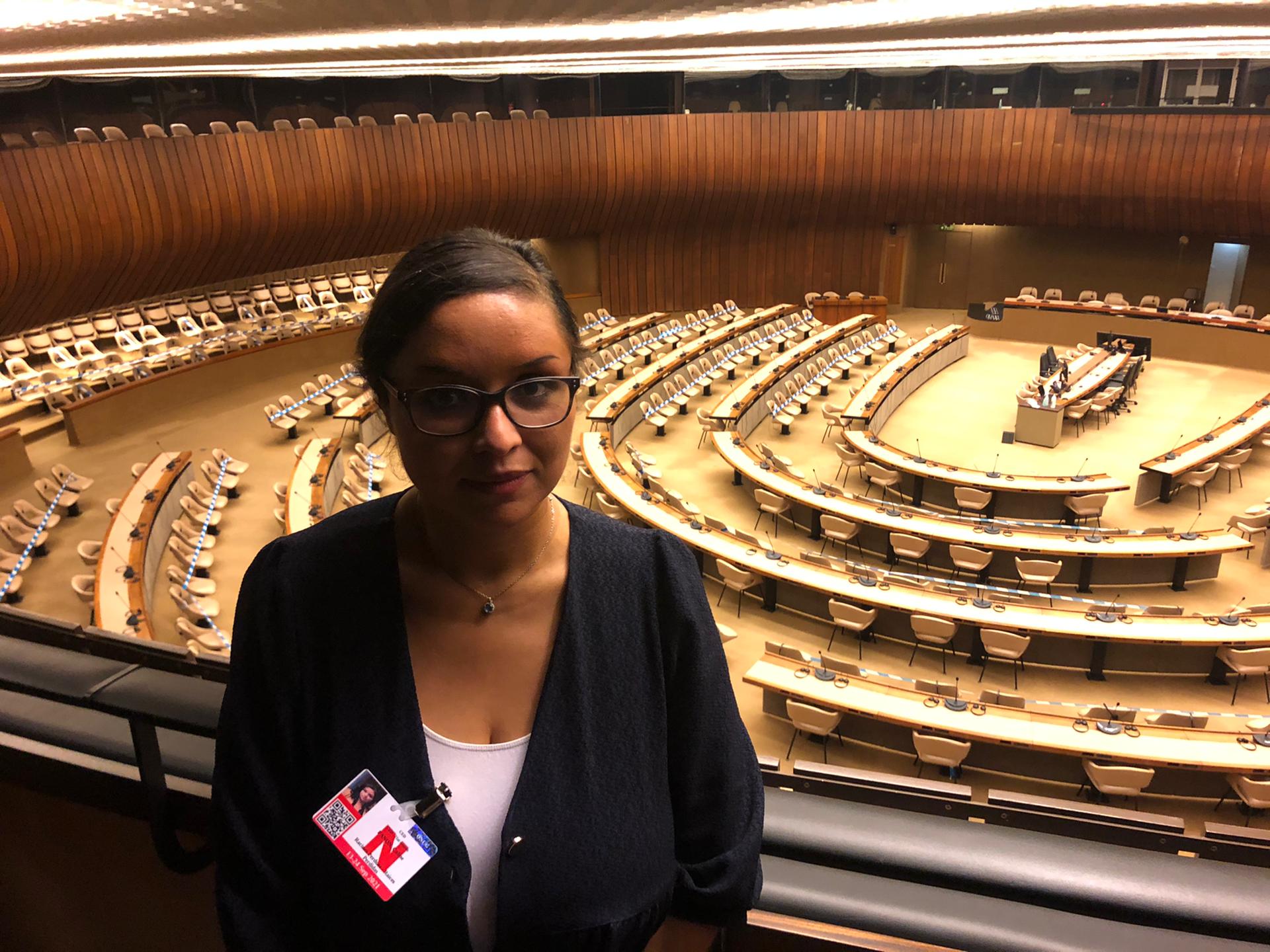 Mariela Sr Coline Fanon, who fights against illegal adoptions like the one which affected her, pictured at the United Nations | Photo courtesy of Chokito Tanja

The reunion made me feel like I never left Guatemala. We met first by video call, and then in person. I remember my mother’s tears, the feel of her skin, and the warmth of her hands. It felt like everything clicked in place; like I found my match. 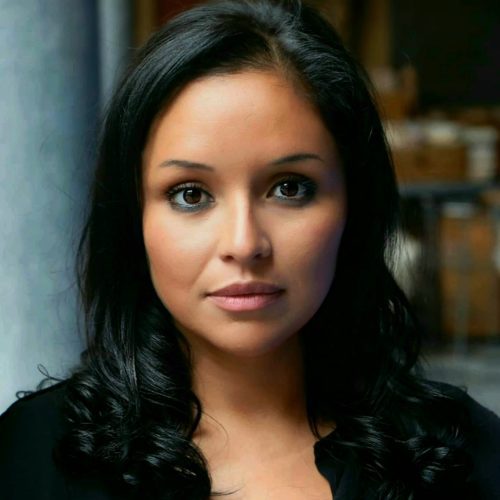 Interview Subject
Mariela Sr Coline Fanon is president of the Lost Roots Foundation. Currently, she works in penal and criminal law in Belgium. Being a victim of illegal adoption, she is now dedicated to helping children who are also victims of a network of illicit adoptions. Follow her work on Facebook and Instagram.
Background Information
An article from September 4, 2021, from Intercountry Adoptive Voices (ICAV) revealed that countries like Belgium, the Netherlands, and Switzerland have all begun taking action to prevent and confront the truth about illegal adoption schemes benefiting parents in their countries. Advocates are continuing to call out countries like France, Denmark, and Australia.

The birth countries of illegally adopted children, the article claims, have done little to make up for the suffering caused to these families. It cites Guatemala, Ethiopia, and Russia, to name a few.

Various reports outline the definition of illegal adoption schemes and possible redress, the nature and incidence of child trafficking for adoption purposes, and the criminality and illegality of such practices.

BRUSSELS, Belgium ꟷ I always had questions about my adoption so when my daughter inquired about her Guatemalan origin, I began searching my records. Instead of finding answers, I discovered a series of inconsistencies and an article written by journalist Sebastián Escalón. Escalón’s outline of illegal adoptions in Guatemala listed several people who appeared in my own files.

State archives, backed up by the journalist’s work, exposed people like Ofelia de Gamas and the high-profile politician Edmod Mulet dating back to the 1980’s.

[Mulet served in Congress, as the ambassador to the U.S. and European Union, and worked with the United Nations.]

In my files, I discovered that the perpetrators falsified my name and the name of my biological mother. While I knew illegal adoptions existed, I viewed them as some distant issue that could never have happened to me.

Woman reunites with her birth parents after three decades

As my interest piqued, I began studying the geopolitical history of Guatemala. I found out illegal adoptions began after the devastating earthquake of 1976 when many children became homeless. The Internal Armed Conflict – a very powerful group of people – began using children like merchandise. Adoptions became a market, and children were the product.

My file revealed the involvement of the sister-in-law of the former president, as well as others who I cannot mention for security reasons. They wielded the power to sign passports and register births and adoptions. I became a victim of this network. Over time, the authorities lied to my biological mother Lorena and I about one another’s whereabouts, but I ultimately found her.

The reunion made me feel like I never left Guatemala. We met first by video call, and then in person. I remember my mother’s tears, the feel of her skin, and the warmth of her hands. It felt like everything clicked in place; like I found my match. Of all my mother’s children, I am most similar to her. We never met yet we share many common gestures.

I found out that the entire family endured strong emotions back then. When a kidnapping occurs, it leaves a void in families. Due to the macho culture in Guatemala, my parents’ reaction to what happened proved extremely harsh. My father told me, “I am sorry for not being able to take care of you.” He felt he failed to protect his family.

My mom, on the other hand, believes deeply in God. Her faith gave her strength, even as she endured 30 years thinking her baby died.

My parents in Belgium also experienced very strong feelings. My father expresses anger and frustration with the adoption agency which participated in the illegal adoption process. While my mother wonders, “What else could I have done?” I tell her, “Nothing mommy. That is the worst question you could ask. There is nothing you could have done.”

I started writing about my experience, but not to publish a book. In the beginning I simply took notes so I would not lose details and to capture my thoughts. I also wrote to process the accumulation of emotions passing through my body. This writing, however, proved useful. I have since participated in and provided testimony in a series of documentaries. Others, like me, feel like I do, and we need to talk about it.

Eventually I turned my notes into a book. I remember when my biological mother spoke to me for the first time. “You are dead,” she exclaimed. She could not process the situation. My father mimicked her, saying he could not believe I was alive. My response became the title of my book: Mom, I’m not dead.

Though written in French, I published the book on Kindle where it is translated into several languages. I believe this title presents a way of telling the two woman – my mothers – I am alive and standing.

Adoption is a noble and wonderful act. It gives an infant love, an identity, and it plays a part in their life story. Yet, the crimes of illegal adoption and hiding a child’s true history can be the worst and most devastating thing to do to someone. Despite all of it, I feel grateful for my life and to have four loving, special parents.

Click here for similar or related stories out of Argentina, the United States, Kenya, and India. 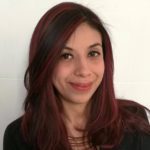 Carla Natareno has a Bachelor's degree in Communication Sciences with a specialization in literature and philosophy from the Rafael Landívar University in Guatemala. She worked as a cultural journalist for the Siglo 21 newspaper from 2008-2011.

Since 2011 she participated in presentations on Simone de Beauvoir at the French Alliance based in Guatemala. In 2013, she began participating in talks and book presentations by César Brañas (a Guatemalan writer) in various editions of the Filgua- International Book Fair and in cultural centers.

She has worked as a cultural manager in various projects, specializing in literature. In 2019 and 2020 she gave lectures at UNAM, Autonomous University of Mexico.