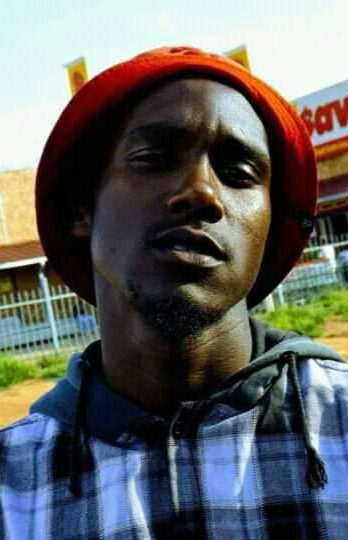 Interview subject
Mpho Mahlangu, 31, found his brother shot in the street in July during the 2021 pro-Zuma protests in Johannesburg, South Africa. His brother Molekhule Mahlangu was participating in the riots with a friend when he was shot in the head. Molekhule died of his wounds.

Arjun Patel is a business owner and his store was looted in Durban, South Africa during the riots. He lost all of his merchandise and rioters burned the shop to the ground.
Background
In July, South African former President Jacob Zuma was sentenced to 15 months in jail for contempt of court which triggered a slew of pro-Jacob Zuma protests, starting in his home province of KwaZulu-Natal and later spreading to Johannesburg, South Africa.

More than 200 people died during the unrest. South African president Cyril Ramaphosa authorized the deployment of 3,000 troops to help the police quell disorder in the country. Over 2,500 people have been arrested and over 200 shopping malls were looted.

Many casualties at Jabulani Mall emerged during stampedes as scores of people looted for liquor, food, clothing, and electrical equipment.

Other deaths resulted from explosions when people tried to break into ATMs. Security guards and the police officers also shot people as they tried to stop the violent riots.

Reports indicate 180 people died in the eastern KwaZulu-Natal province and 32 in the province of Gauteng which encompasses Johannesburg.

Mpho Mahlangu and Arjun Patel each tell their stories from the pro-Zuma protests in Johannesburg and Druban, South Africa.

My brother Molekhule Mahlangu, 27, joined the mob, but I refused to go.

When I heard something happened to my brother, I rushed to the mall and I found him lying down, dead, with blood still gushing from his head.

A nightmare at the Jabulani Mall

On the day of the riots, my brother urged me to join him, but I was not feeling well. He went instead with his friend Ngcobo.

I was perplexed when Ngcobo came back later in the afternoon, alone, empty-handed and crying, with bloodstains on his white t-shirt.

He ran straight to me and hugged me tightly as he cried and said he was sorry. I asked him what he was sorry about and where my brother was, but he did not reply.

Vexed, I continued to question him. I asked what happened and whose blood was on his shirt. That is when Ngcobo told me my brother was shot to death during the rioting at Jabulani Mall.

I went into shock; I did not believe a word he was saying.

Ngcobo couldn’t explain who shot my brother, so without telling anyone at home, I went straight to where he was.

In five minutes, Ngcobo and I arrived at Jabulani Mall. My young brother was lying on the ground and blood was still gushing out of his head. That is how my brother left me. It renders me speechless.

My brother had three children and a wife at home. I worry about their future without a father.

Arjun Patel loses his livelihood in the riots

DURBAN, South Africa — It was a free for all. The police gave up and people were looting one of my biggest shops in Durban.

When the pro-Zuma riots started in South Africa, there were sporadic reports of shops being looted, as police failed to control the situation.

I knew it was a matter of time before I would bear the brunt of the unrest. There was nothing I could do about it.

There were so many looters, and they were so violent, it was a waste of time to try and stop them from vandalizing and stealing.

Still, it was a surreal moment, watching people feast on what I had worked so hard for, and for so many years.

When the stampede of people entered my shop, I suffered head and leg injuries. The police officers tried to fire rubber bullets and tear gas at the crowd but their efforts were in vain.

The saddest part is that, after looting my shop, the rioters burnt it to ashes and nothing was left.

I had groceries and stock worth more than 5,000,000 rupees ($67,161 USD). All my workers are now jobless, and I will not be able to restart that business anytime soon. 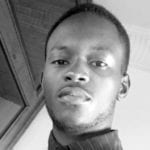