Seema, whose name has been changed to protect her identity, waits for justice at the police station after being raped multiple times.

The cops look at me pryingly, point fingers at my character, and don't view me as a credible enough victim.

The victim’s identity has been changed to protect her safety and anonymity. (TRIGGER WARNING) This story contains a detailed account of underage sexual assault and may be difficult to read. 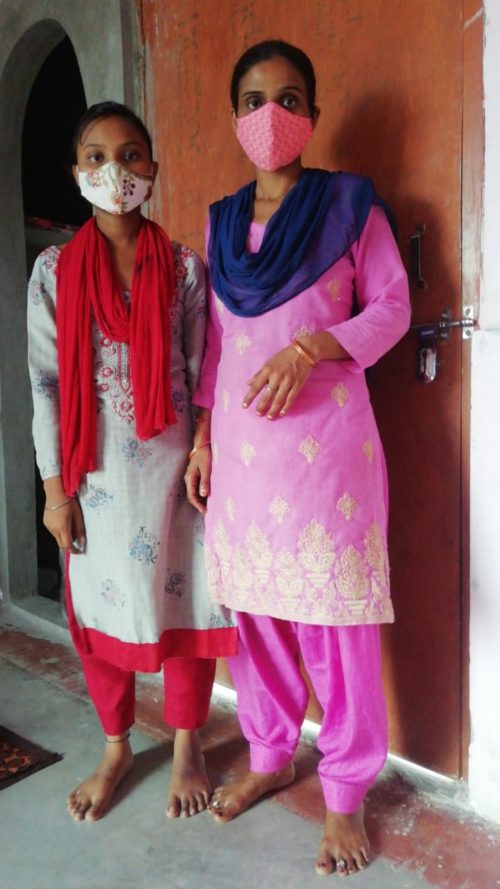 Interview Subject
One rape is reported every 15 minutes in India; every fourth rape victim is a minor.

In a shocking incident, a 15-year-old girl in the northern Indian state of Uttar Pradesh was gang-raped by an occult practitioner, which some media referred to as a tantric, and his aides.

The rapes took place on the pretext of healing her from her epilepsy. The incident has left a profound impact on her psyche.

Still, Seema (whose name has been changed to protect her safety and anonymity) exposes her perpetrators through a gruesome account of the horrible incidents she endured. She demands justice from her country and the police.
Background
According to Child Rights and You, a sexual offense is committed against a child in India every 15 minutes. Moreover, there has been an increase of more than 500 percent in these incidents over the past ten years .

The world was stunned in 2012 when a 23-year-old physiotherapy intern referred to as Nirbhaya was brutally gang-raped in a moving bus in Delhi then thrown from the vehicle and died. Still, little has changed in India.


The Human Rights Watch projects that more than 7,200 minors are raped every year in India. Most rapes go unreported.

AMROHA, UTTAR PRADESH, India — At 15-years-old, I was raped repeatedly by a lecherous occult practitioner and his aides, whom my mother hired to cure my seizures.

I have epilepsy and lose consciousness when I seize. Being a teenager is already challenging and my disorder makes it even harder.

I had been experiencing recurring fits for eight months that were making me weak and sick.

An acquittance of my mother’s named Tariq suggested she meet with Afzal Malik [a Muslim occultist – one who studies supernatural powers – who supposedly could call upon magic to practice healing rituals].

Afzal convinced my mother I was under a witch’s spell and promised to treat and cure me within two months. It was the worst mistake of our lives.

I lost my virginity to gang rape

When my mother took me to Afzal for “treatments,” he would usher me to a dark room and tell my mother not to disturb us. There, he and his aides would take turns raping me for hours.

The three other men included Aslam and Kari Zulfikar, and Tariq, the man who referred us.

At first, I did not understand why Afzal was always on top of me or why the men would penetrate their penises into my vagina. I was left for dead after they took advantage of me.

I was scared, knowing I was being gang-raped every time they tried to “heal” me. They threatened to kill my mother if I dared tell her the reality of these so-called treatments.

This went on for months. I was feeling better with my epilepsy and the fits had reduced, so my mother thought the “treatment” was working.

Though the fits had surprisingly reduced, the trauma I endured increased exponentially. The memories of those horrific nights haunt me.

I was suffocating. The trauma caused me to suffer severe weight loss because I couldn’t eat. I was so dazed that I often had to sit down on the floor because I thought I was going to throw up or pass out.

Fearing for my life all the time, I stopped going out alone and felt unsafe around town. Anxiety and insomnia overtook me.

On July 5, 2021, Afzal announced I was free of my illness. He told my mother he would take me to Meerut [a city about two hours away from Amroha] to heal me overnight.

We would visit a Dargah [shrines frequented by both Hindus and Muslims], then he would drop me off at home safely.

Afzal said I was like his daughter and promised to take full responsibility for me. He even said that his own children would die if he touched me inappropriately.

It was supposed to be the last night of my “treatment,” and he wanted to use “special powers” so I would never have seizures again.

My mother agreed. I was petrified. That night the four men spiked my drink and raped me all night.

I managed to escape in the morning. I called my mother and told her everything. She was aghast.

She immediately took me to the police station where medical tests confirmed the rape.

A First Information Report or FIR [a written document prepared by police when they receive information about a clearly identifiable offense] was registered, but my rapists remain free.

Perpetrators retaliate on the family

My father abandoned us when I was five years old. My uncle took care of me and my three sisters like his own.

Ten days after I filed the complaint with the police, Afzal Malik abducted my uncle’s minor sister to teach us a lesson. My entire world turned upside down. No one abducted by the occult has ever returned.

Since then, he has made obscene videos of her on his mobile phone and threatened to kill her if I do not stop my case against him. He also hired a hitman to get rid of my uncle.

We moved out of the house, but he found us and stationed men outside to keep an eye on our movements. The occult is disappearing to avoid detection.

The criminal justice system, meant to help victims like me, has instead treated me with contempt. Police officers look at me inquisitively. They point fingers at my character and view me as a person who lacks any sort of credibility.

Even the people in my neighborhood have raised questions about my dignity.

The police risk the safety of other minor girls because they do not believe the brutality I suffered. Every time I visit the police station, their questions make me feel molested all over again.

I demand justice. A clear and strong message needs to go out to the public, but I feel abandoned.

My perpetrators have threatened to kill me. After lodging my formal complaint, they tried to put a hit on me. When I did not keep quiet, they attempted to silence me with money.

I still cannot sleep at night.

This should have never happened and I believe that my country has failed to protect or defend me, not to mention, all other underage girls who are exposed to such violations.