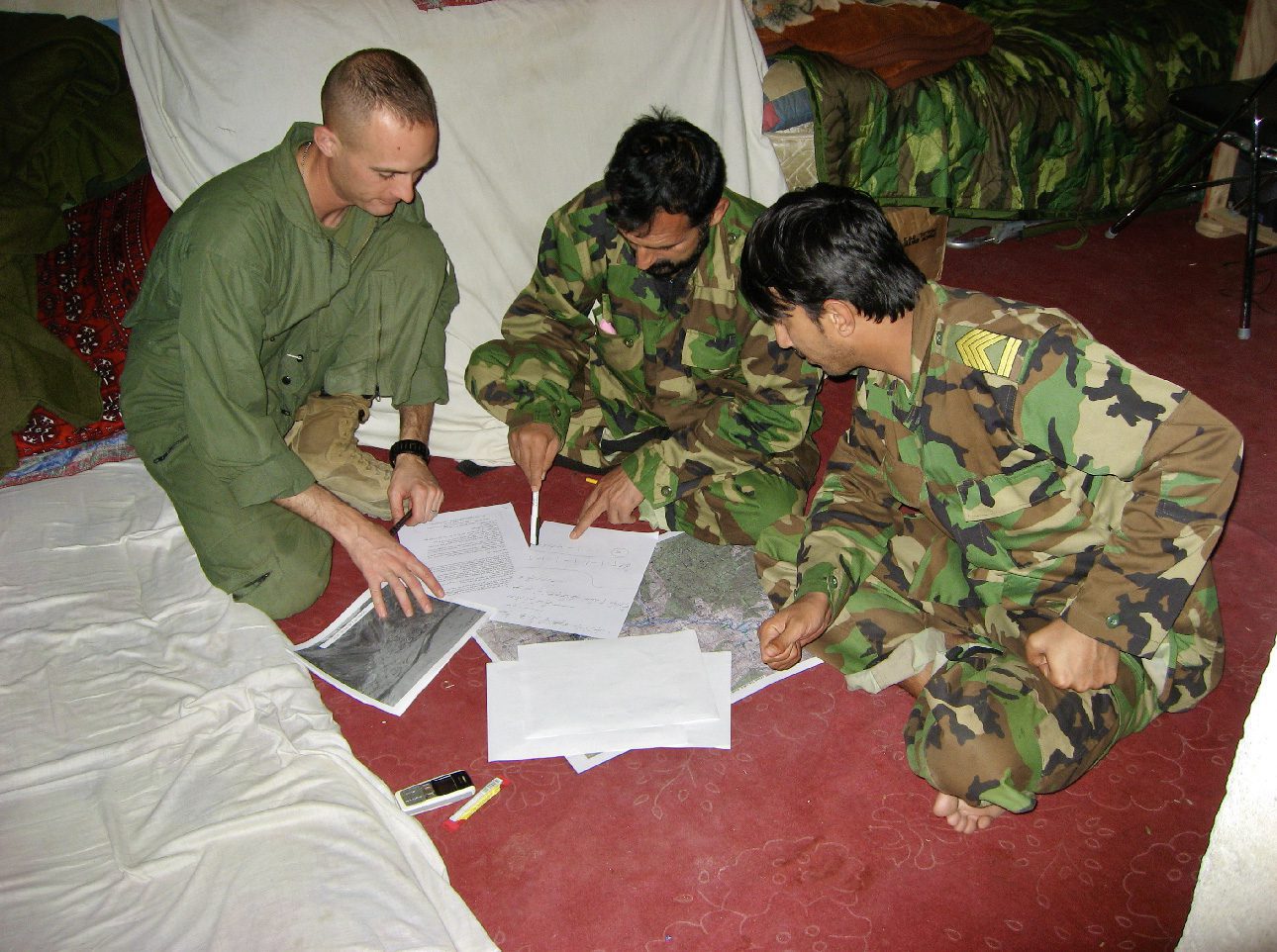 If Afghan citizens cooperated with us, the enemy killed or intimidated them. During the day, to our faces, they loved us. But at night, when we could no longer protect them, they loved the Taliban. 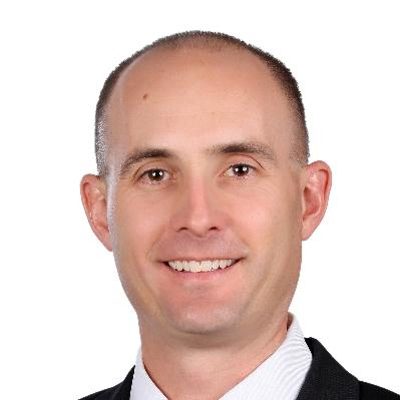 Interview Subject
For 18 months over 2008-2009, Jonathan Bossie, a major in the United States Marine Corps from Portland, Oregon, led an Embedded Training Team of 21 Marines in Kunar Province, Afghanistan, near the border with Pakistan.

He was an advisor to several leaders in a unit of the Afghan National Army (ANA), and the team advised, trained and assisted ANA company commanders from seven forward operating bases throughout the Pesh and Korengal valleys in their missions.

Bossie advised them on combat operation and warfighting functions, such as logistics, communications, and force protection. He also worked to help make the ANA a more professional force through education and implementation of processes and procedures.
Background Information
After US and foreign forces began withdrawing from Afghanistan following a deal between the US and the Taliban, the Taliban captured Kabul, Afghanistan’s capital, on Aug. 15, 2021. The offensive ended a 20-year war that killed more than 2,400 US service members, 66,000 Afghan national military and police and 46,000 Afghan civilians.

The Taliban captured their first provincial capital of Zaranj on Aug. 7, and in seven days, they were in Kabul. President Ashraf Ghani fled the country, and US President Joe Biden conceded that the Taliban takeover of Afghanistan happened “more quickly” than anticipated.

DARA-I-PECH DISTRICT, Afghanistan – I once traveled deep into remote areas of the Kunar Province to take a census, in partnership with the Afghan National Army (ANA).

There I saw little girls walking to the village with big, shiny, tin buckets for water. Their day began with hard, labor-intensive tasks and continued that way through evening. During the census, one woman in the province reported her name as “wife of Assad.” I pressured her for her own name, and she replied that this was the only name she had.

It was a stark contrast to what I’d seen in Jalalabad [the fifth largest city in Afghanistan, just a few hundred miles away], where swarms of schoolgirls walked in uniforms, carrying books.

Called “the Valley of Death” by many, the isolated region remained home to prominent and influential Taliban leaders.

Working with the Afghan National Army

One day shortly after I left the Pesh Valley in the Kunar Province and returned to base, the ANA battalion commander sat outside drinking tea with no personal protective equipment on. As the base was prone to mortar attacks, I advised against it.

With bravado, he insisted they would never hit him. He would do what he loved: sit outside and enjoy nature.

Soon after, a mortar shell hit his location almost directly. The shrapnel ripped through his chest, killing him and his bodyguard.

Deaths like this happened around us, but we saw bravery displayed as well.

In another incident, we faced gunfire while on patrol with the ANA. As US soldiers, we rode in combat vehicle boasting upgraded armor. The Afghan soldiers, however, traveled in unarmored pickup trucks.

When enemy fire took out both of my vehicle’s front tires, I was stuck. The Afghans returned fire from their trucks despite having no armored protection. They were fearless.

The Afghans I worked with were good fighters and relatively well trained. They could manage most of the daily functions required to run a battalion—such as conducting fuel, food and ammunition resupply patrols—and were able to defend themselves if attacked and conduct first aid for their wounded soldiers.

They also knew where to find the Taliban in the mountains.

However, when the fight escalated to the point of needing US-led air support called in, the Afghans seemed to lose interest in the fight. I saw it as helping to win the fight, but it seemed like they took offense at continuing to need additional support.

All the while, the Afghan citizens of Kunar Province remained stuck in the middle. If they cooperated with us, the enemy killed or intimidated them. During the day, to our faces, they loved us. But at night, when we could no longer protect them, they loved the Taliban.

A futile attempt to centralize the nation

For more than 18 months, my unit remained in the Pesh and Korengal valleys. The Afghan soldiers grew weary, and motivating them to conduct aggressive offensive operations became more difficult.

The extremely dangerous environment and minimal pay—sustained for years—visibly wore down their desire to fight. The ANA soldiers clearly opposed the insurgency and wanted to disrupt it, but they lost their zeal. The culture was to be loyal to family and village, not country.

I provided Humanitarian Assistance packages to the ANA, and they, in turn, distributed to the local villages. I often attempted to persuade the battalion commander to join me at the bases and ‘lead from the front.’

After weeks of broaching the subject, day after day, he finally agreed to make the rounds to visit his soldiers on each base.

I hoped it would become a long-standing task he repeated at least once per month. In our first excursion, he visited three of the seven bases, visiting with four different platoons.

To my surprise, he went on leave the following month. After that, he insisted he knew enough about what his soldiers were doing from afar. He communicated with them through phone calls and radio conversations.

Feelings of dismay as Afghanistan falls

Based on my experience in the Kunar Province, it became clear to me that it would be challenging, if not impossible, to maintain a centralized Afghan government. However, I was still shocked to see the Afghan National Army lay down their weapons and turn the nation over to the Taliban in August 2021. My heart broke, watching the country I worked to free shackled again in just a week’s time.

I ask myself if I lost my youth for nothing; if my fellow soldiers died in vain. I wonder, will all of Afghanistan devolve into what I saw every day in the remote valleys?

I fear it looks that way.