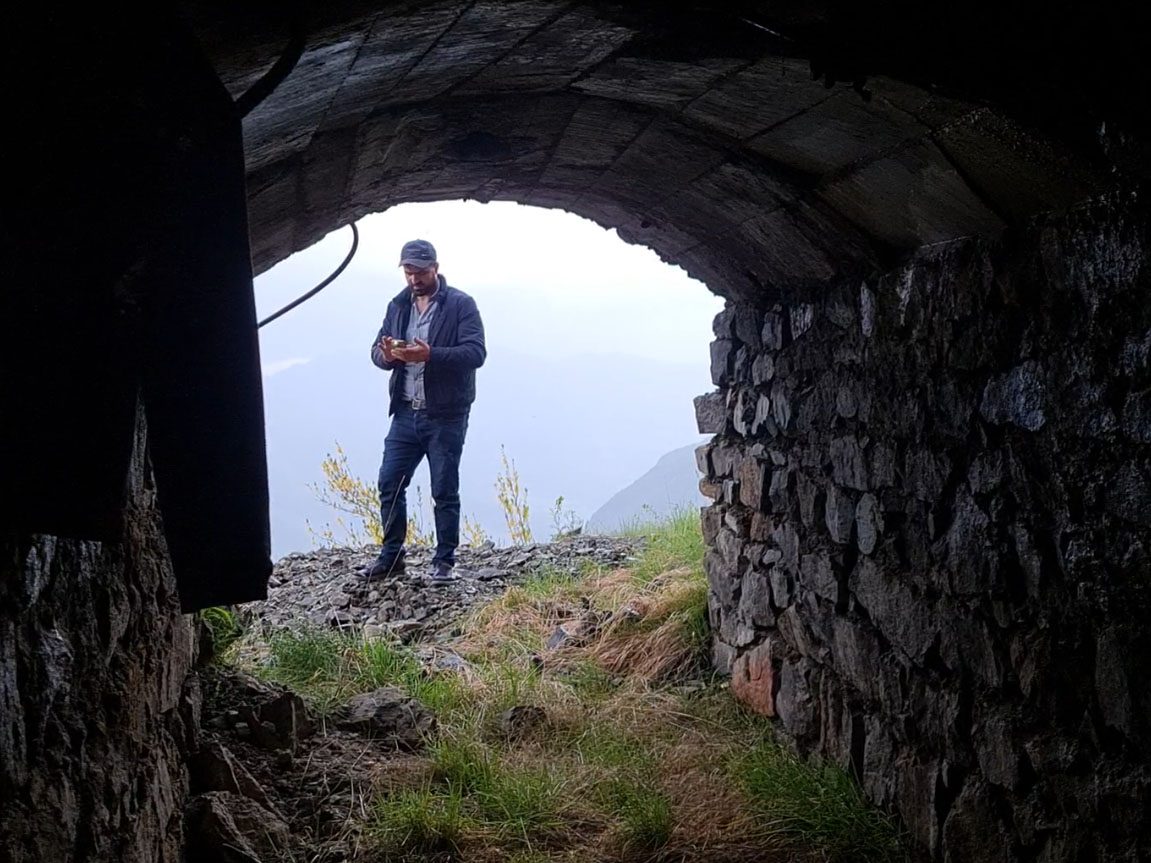 When the explosion occurred, my brother fell 20 meters down the mine, but his helmet and lamp remained on top. I started moving the stones, looking for my brother. I could not see him. Everything was dusty and dark. 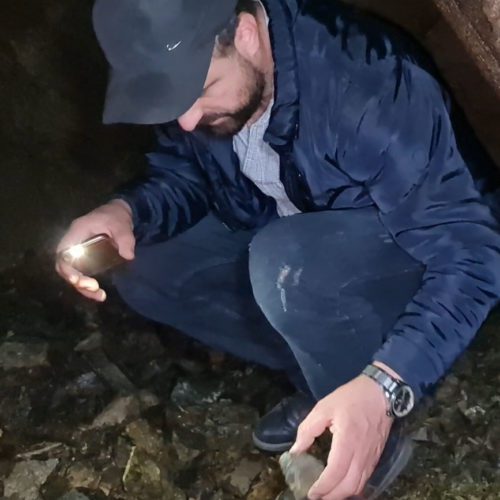 Interview Subject
Elton Debreshi lives in Bulqiza, Albania with his family. He is the father of five children and worked as a miner for more than 10 years. When he was 16, due to his family’s economic situation, he dropped out of school and moved to Greece. During the three years he spent in Athens, he worked in the construction sector, but eventually lost his job. In 2010, Elton returned to his hometown, met his wife, and started working in the mine.

In 2019, he was fired due to union organization. Debreshi later ran as an independent candidate in the elections of April 25, 2021 but did not win. He continues to fight for miners’ rights and remains the head of the United Miners of Bulqiza Union Trade.

Because he lost his job, he had to move for some months to Germany to work. He continues to seek opportunities to return and work in Albania.
Background Information
Mining in Albania continues to prosper. Thousands of tons of chrome are extracted every year, employing thousands of miners. While they would protest from time to time, their mobilization consolidated when they organized their opposition to the old unions.

Unions are regularly criticized in Albania for their failure to protect workers. Reporteri.al of the Balkan Investigative Reporting Network conducted research showing a large number of miners’ injuries or deaths are not investigated. If they are, and go to court, miners are blamed for their deaths or injuries. Elton Debreshi and the new union fought to approve the Miner Status in the Parliament but they received no response from the government.

ELTON DEBRESHI, Albania ꟷ I grew up in the city Bulqiza, a city of miners in Albania.

When I was old enough, I started working in the mine together with my brother, as my dad did before us. Almost every family in Bulqiza has a member that works in the mine, so it is something very important to us.

Growing up in Bulqiza means growing up with the news of mine accidents and hearing the helicopters coming to pick up injured miners.

Like many miners, I experienced several accidents at work but when I talk about this one, it is like nothing else I experienced before.

On that day, I worked on a team with my brother. Positioned at the work front, I was putting down explosives. I remember telling the gallery technician the front looked bad; it wasn’t safe. I suggested they lay down an armament. He told me the mine technician already checked it out and it was fine; there was no need for an armament.

We were three to four meters (or less then 13 feet) away when the dynamite exploded. Material rained down on us. I lost sight of my brother and fear filled me. I could not understand where he was. It felt like I lost him forever.

Being in a compromised position when the explosion occurred, he fell 20 meters down the mine, but his helmet and lamp remained on top. I waited for the big explosion to stop and started moving the stones, looking for my brother. I could not see him. Everything was dusty and dark.

I shouted for him to answer, and I will never forget hearing him shout back, “Elton, I’m here!” Seeing his helmet and light there, I thought he was gone.

Albanian miners unionize to fight for worker safety and rights

Since the accident, I cannot hear well in my right ear and have distortion in my left eye. Pieces of stone pierced my body, which they removed at the hospital, and I suffered various wounds.

Years passed and the situation in the mine never improved. The number of accidents increased and the unions we had did nothing. In 2021, we counted 28 miners injured at work. In the last 10 years, according to the police, 115 miners have been injured in the Bulqiza mines and 18 others have lost their lives.

We needed to create a new union represented by independent miners themselves. In the beginning, we were a small group but we started growing day by day. We met and discussed how we could improve our work environment. We felt unrepresented by the old unions.

As a result, we created the United Miners of Bulqiza Trade Union. The road has been difficult, and we faced many obstacles. It surprised me when the members elected me as head of the union. I never expected it. There were older, more experienced miners than me.

It felt like a great responsibility to carry on my shoulders but I did so with joy and appreciation.

After forming, things became challenging. We faced a reverse war with owners like Samir Mane, one of the richest men in Albania. Fighting against him would prove no easy task.

During the union freeze and after our establishment, we faced attacks, personally and on the union itself, numerous times.

We launched the union formation event in the main square of the city and right at that moment, I received the announcement that I was fired. Three other members of the union faced termination along with me. We were obviously targeted.

I expected these consequences but as a miner in Bulqiza, we believe it is our moral duty to organize and fight for worker rights, even for those who have lost their lives. 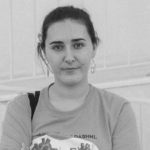 Arbjona Çibuku, 23, works at Citizens Channel with Mobile Journalism and covers topics such as workers' rights, urban stories, and human rights. As of 2022, she has worked in the field for four years. For Arbjona, journalism is about giving a voice to the voiceless.