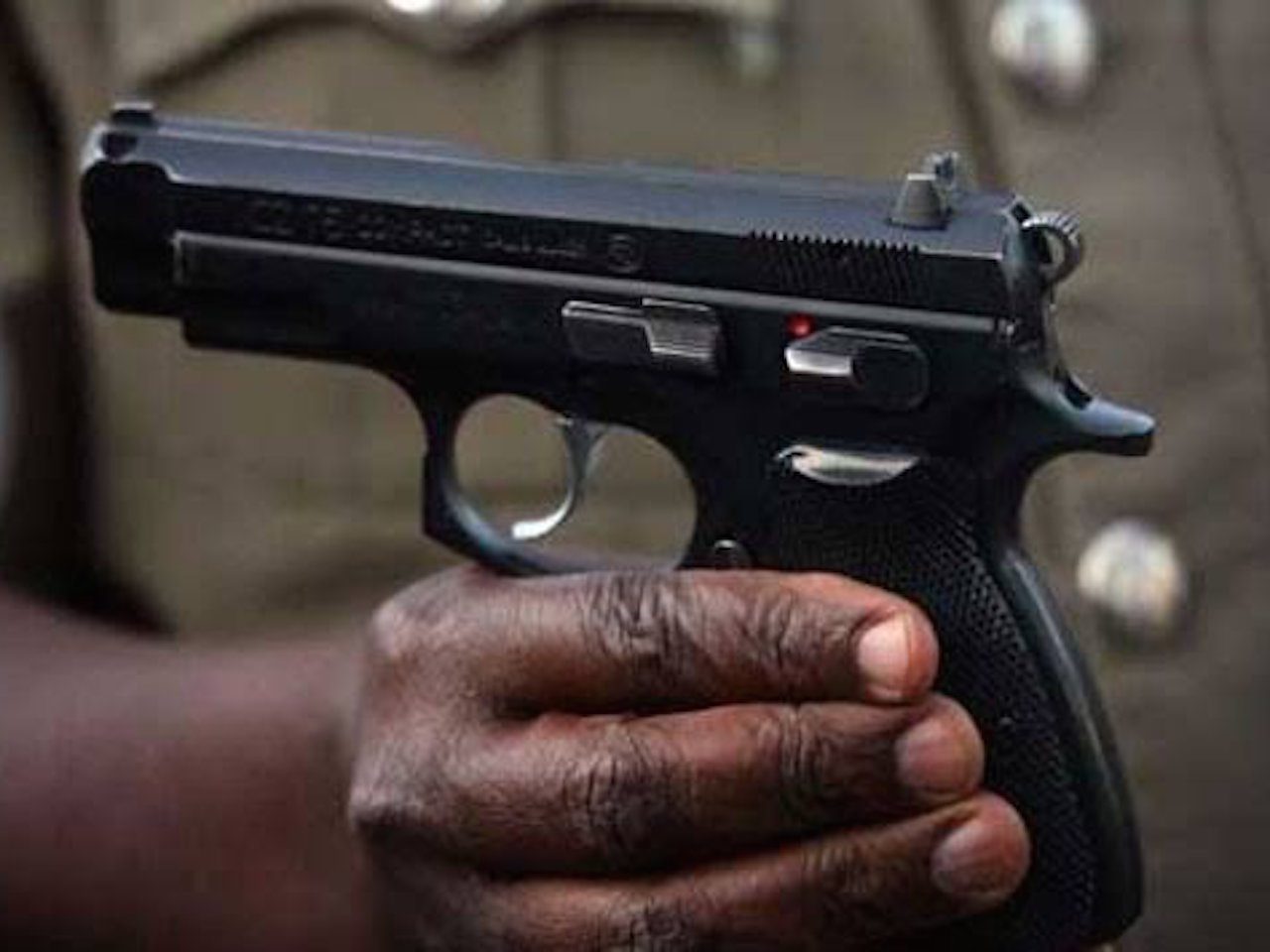 Police present a gun used in the bank robbery to the media.

The robbery lasted for a few minutes before the scene went quiet and everyone rushed inside.

Interview Subject
William Kipkorir, 40, has worked at Equity Bank in Mattu, Kenya for 15 years and lives only a few metres away from his place of employment.

He believes the bank robbery to be the first incident of its kind in the area.
Background
Bank robbery is a gradually emerging problem in Kenya, the most recent incident being in Nairobi. While heists of this kind are still rare in Kenya, the perpetrators aren’t often apprehended by the police.

Shootings, however, are common in Kenya occurring on a near-daily basis. The possession of illegal weapons has become a major issue in Kenya, allegedly smuggled from Uganda and Somalia.

The Equity Bank robbery happened at around 9 a.m. when normal duties had just resumed. There were very few people in the bank at the time.

The armed robbers started by disarming the security personnel who were guarding the entrance of the bank. A gunshot was fired which raised an alarm and police officers pulled in quickly. The police managed to shoot one of the robbers. The thugs escaped narrowly using a motorbike.

Investigators believe that the head of the gang may be a former General Service Unit police officer.

MATUU, Kenya — Equity Bank in Matuu is just a few meters from my home. On a quiet Tuesday morning on July 27, 2021, a gunshot rang out from the exit side of the bank as I conducted a transaction.

I had just left the service desk and was walking toward the cashier’s desk when the sound of the shot sent me into shock.

I watched as three thugs stormed confidently into the bank and proceeded forward, disarming two police officers who were guarding the facility. It only took 10 minutes for them to take the bank and the customers hostage.

I stood there, speechless and helpless, as they moved through their planned route. The cashier looked at me with total disbelief as the bank robbers took a large amount of money.

When the police arrived, the robbers engaged them in a gun battle. The deadly shoot-out attracted the attention of passers-by, who milled around outside the bank.

The entire raid lasted for about 15 minutes.

As shots fired out, confusion ensued inside the bank. Those of us who were inside began looking for the easiest escape route, but the entrance had already been blocked. We were stuck. Terrified of the robbers, we remained down on the floor.

During the shootout, the robbers escaped using a back door. One of the suspects endured gunshot wounds. That suspect is thought to be a former General Service Unit (GSU) police officer.

When the police came into the bank, it was the best feeling I ever had, and it relieved all the tension in the room. The police rescue happened so quickly, no one inside was hurt by the robbers.

The investigation started on the spot. Police began analyzing CCTV cameras and discovered how the robbers escaped.

Law enforcement sources indicate that after the robbers left the bank, special teams were deployed to pursue them on the highway, leading to Nairobi.

Police along the route were put on alert to lay roadblocks as part of efforts to stop the robbers, who used a motorcycle to escape.

The ex-GSU officer, who was reportedly dismissed from the service due to misconduct, is believed to be the leader of the gang.

Police are yet to release the man’s name, but some say he may have been involved in other robberies in the area. The two officers who were manning the bank at the time of the robbery were Constables Patrick Omusebe and Dorothy Opili. The two are also being investigated for claims of aiding the heist.

Robbers may have had inside support

According to CCTV footage from the bank, the two guards behaved in a questionable manner, before and during the attack, creating an impression that the robbery may have been an inside job.

For instance, Constable Opili left her station outside the bank a few minutes before the robbery. She also left her gun there, under the watch of Constable Omusebe. This was suspicious, as officers manning protected areas are required to have their guns at all times.

Additionally, the footage shows Constable Omusebe interacting with the robbers without being harassed, further creating the suspicion that he may have been part of the planning.

So far, the police have arrested Sylvester Kilonzo, a boda boda rider believed to have ferried the robbers away from the bank after the heist.

Another rider suspected of ferrying the other gang members is currently being hunted. By press time, the bank was yet to be re-opened as it is still an active crime scene.

Additionally, it is still not clear how much money was lost during the heist, since neither the bank nor the investigative agencies have shared any information on the same. 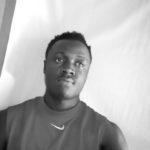