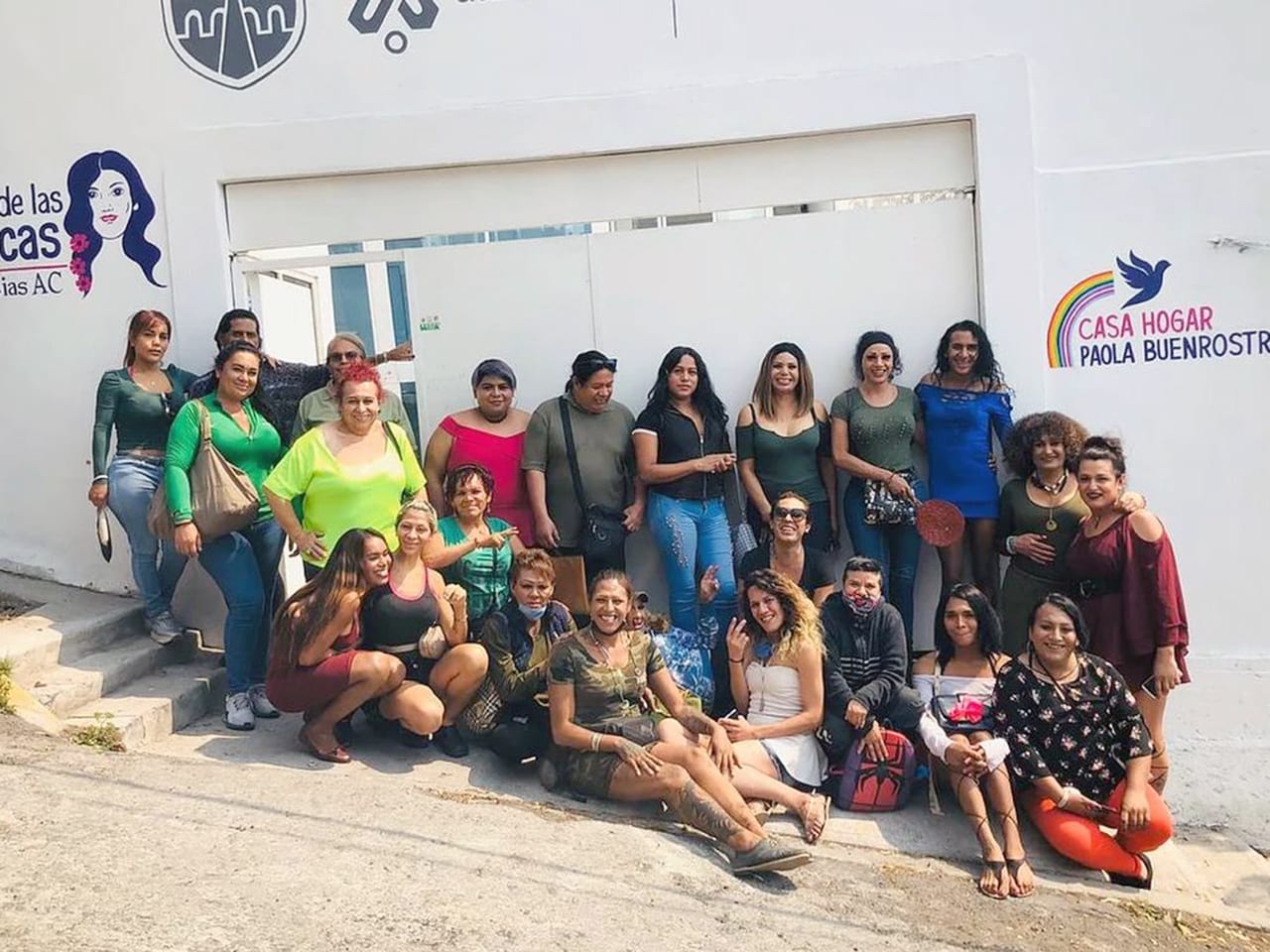 Inside jail, I began to look for ways to improve the lives of my trans companions: I took care of the HIV patients, who did not have help.

First-person source
Kenya Cuevas has become a reference in the fight for the rights of the LGBTQ+ community in Mexico.

Her personal history is full of tragic events: she left home at age 9, lived on the streets, was addicted to drugs, and was in prison for more than 10 years. Despite this, her work as an advocate for vulnerable groups is as an emblem of female empowerment.

In 2019 she founded the Asociación Civil Casa de las Muñecas Tiresias, which seeks to provide support to low-income populations, people deprived of liberty, drug users, people living on the streets, people living with HIV, sex workers and all those who are part of the LGBTQ+ community.

A year later, in 2020, she inaugurated the first shelter for transgender women in Mexico, named after Paola Buenrostro, in honor of a sex worker and friend who was murdered in 2016 in Mexico City.

This crime, coupled with the lack of justice to punish the guilty by the authorities, motivated Kenya Cuevas to organize her fellow sex workers so that transgender women can lead a dignified life, free of violence and discrimination, and with the possibility of a full social reintegration.
Background
In 2019 in Mexico, transgender women had the highest victimization rates with 64 transfemicides according to figures from the CNDH.

According to the Trans Murder Observatory – of the organization Transrespeto versus Transphobia (TvT) – In the world, the average life expectancy for a transgender person does not exceed 35 years.

From October 1, 2019, to September 30, 2020, Mexico registered 57 murders of transgender and gender-diverse people, being the second highest country in the world. The first is Brazil, which had 152 reports, according to TvT.

Paola Buenrostro was killed on the night of September 30, 2016 by an alleged client who shot her on the street in the center of Mexico City.

MEXICO CITY, Mexico — Being a transgender woman in Mexico is not easy, and when you decide to be, you lose everything: family, friends, job opportunities, and your dignity.

You are left with nothing.

At the age of nine, I left my home. From that moment, I began working in sexual services and using drugs.

Practically my entire life, I felt a sense of abandonment and loneliness, but the possibility of helping other transgender women gave my existence meaning.

My name is Kenya Cuevas, I am 48 years old, and I have been living with HIV since I was 13.

For most of my life, I was illiterate.

From 11 to 28 I lived on the streets begging to buy drugs. I wanted to die. I felt like nobody cared; nobody looked for me.

Many times I thought about committing suicide but did not dare to do it.

Years later, I ended up in jail. I served a sentence of 10 years, eight months, and seven days. I was charged with drug trafficking, a crime that I did not commit.

Discrimination meant that I had no access to a lawyer or a trial. They sentenced me directly, and that was it.

Inside the prison, I experienced extreme violence due to my gender expression.

Others sexually abused me and forced me to prostitute myself with other inmates.

Helping others saved me

Inside the jail, I began to look for ways to improve the lives of my transgender companions.

I took care of the HIV patients, who until that moment, did not have adequate supervision.

I urged them to get tested and take the appropriate medication.

In 2010, I got out of jail and decided to fight for the well-being of sex workers. I demanded tests for HIV, gave out condoms, and began to spread measures to prevent infections.

This project transformed my life. I stopped drugs and became a social activist who seeks to dignify the lives of transgender women in Mexico.

In 2016, someone murdered my friend Paola Buenrostro.

Paola and I worked together in the sex trade. This violent event rocked my life and compelled me to seek justice for her. This would become my new cause in my role as a social leader.

It was time to make my dream come true.

Through my organization, transgender girls can have comprehensive support in the areas of education, counseling, finances, work, and healthcare.

I have also made an effort to rescue the bodies of many transgender girls to give them a dignified burial.

They are transgender women who have been killed or have died from HIV. Some are killed in the street and have no family. I claim them and give them a Christian burial.

It is a way to honor transgender women even after death.

We also help the inmates of the Santa Marta prison. We help transgender women with their cases and we teach the people in Bedroom 10, where the HIV-positive inmates are, about the law.

As the days went by, we realized that we had to offer a space where transgender women could live safely and with the right conditions for their rehabilitation. That is why I founded the Casa Hogar Paola Buenrostro in honor of my murdered friend.

It is the first hostel of its kind in Mexico. The hostel receives the girls who come out of jail, hospitals, or government institutions. In this way, they integrate into primary education, learn personal finance, and enter a job training program.

Entering the hostel means they can no longer do sex work. It is like a boarding school where the only obligation they have is to study and learn trades while caring for their physical and emotional health.

One way to dignify their lives is to understand that they can have endless professions and that selling their bodies and their dignity is not their only option.

There is power in being willing and I am a living example that we can survive one of the most violent jobs, with the most significant exposure to transfeminicide, to lead better lives.

Being happy is our goal

Like anyone else’s, the life of transgender women is full of dreams shattered by a lack of empathy and education.

My biggest dream is to live in a respectful society that does not criminalize transgender people or any sector that is different from the established stereotype.

As long as society continues to behave in this way, our greatest revenge is to be happy.