From the moment I chose to be Mara, I began to suffer violence and bullying from society. I was singled out, criticized, questioned, and discriminated against at school, on the street, and in my everyday life. 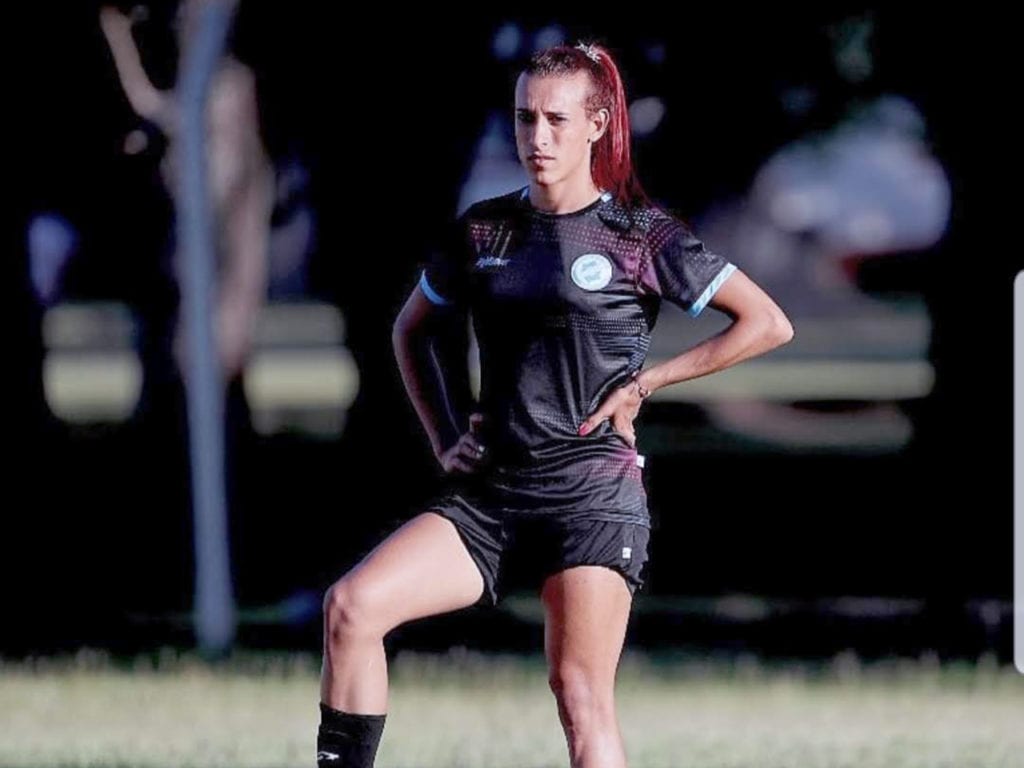 Mara in a training session at the Villa San Carlos club. 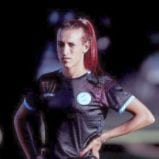 First-person source
Mara Gómez, 23, is an Argentinian soccer player and the first transgender woman to play the sport professionally in Argentina. Her first professional match was on Dec. 7, 2020.

I am Mara Gómez, the first trans woman in the world to participate in a first division soccer tournament.

It was not easy to learn to dribble the judgments and prejudices that society had, and still has, on me.

On the verge of death

From the moment I chose to be Mara, I began to suffer violence and bullying from society. I was singled out, criticized, questioned, and discriminated against at school, on the street, and in my everyday life.

For a long time, I wondered what would become of me and where I would end up. For many years, the fear of death was my only companion.

On three occasions I took random pills to harm myself. I didn’t want to continue living like this. I passed out at home, but my mother called the ambulance and they saved me. I was still depressed and suffering.

The last time I attempted suicide, I was 15 years old. Tired and very hurt, one night I walked down an avenue a few blocks from my house. I thought about throwing myself under the first car that passed.

A neighbor saw me leave and followed me. She sat me on the street curb and we started talking. I told her what I thought, and I finally felt that I was able to cry all the tears that the uncertainty and anguish generated in me.

She invited me to play soccer. I didn’t know what to say, I had no idea about the sport and I had never played. At her insistence, I accepted without knowing that that decision would change my life forever.

My life is characterized by the fight for my identity.

Since I was little, I felt that the gender with which I was born did not correspond to me. I didn’t feel like a man no matter what my genitality indicated. I felt that I wanted to be different.

When I was in elementary school, I was attracted to my classmates and that led me to ask myself questions: “What’s wrong with me? Am I doing something wrong?” These questions circulated in my mind always.

At school, we had theater as a subject and I really enjoyed that space. I was crossdressing. I had fun. I felt comfortable acting in female roles.

During my teens, I started hanging out with my new friends. I was leaving my house dressed as a boy and, underneath, I wore tight-fitting clothes. With the girls, we beautified ourselves for hours with makeup and different hairstyles. In those moments, I understood that this was really who I wanted to be, who I really am: a woman.

I was afraid of being recognized—that my secret was finally discovered. At those parties, there were people who knew me and it was a challenge to keep my identity hidden.

When it was all over, I used to return home dressed the same way I had come out and, of course, without makeup. If my mom found out, I could have problems.

One day, when I was 13 years old, my cousin and I went to a birthday party where some acquaintances gathered.

When I entered the party, a boy came up and spoke to me. His beauty struck me. We danced and kissed all night.

The birthday girl took a picture of us while we were kissing and showed it to me. I asked her to delete it. Despite saying yes, she never did delete that photo.

The photo came to my uncle who then spoke with my mother. A few days later, she asked me if I liked boys, and although I wanted to deny it, I couldn’t.

It was then that I told her that I was a woman and that if she didn’t accept me, I was going to leave home. My stepfather interceded to make her understand that I was not happy being trapped inside a male body, that I was unable to live in freedom.

Fortunately, it took only a short time for her to understand me, and from that moment on, we began a new relationship.

She is the one who always supported me in sports and in particular chasing my dream of becoming a soccer player.

Because of my neighbor, I started to train with girls. I had fun and soccer distracted me from reality.

My first competition was a blitz tournament. I was extremely excited to participate. With a pair of shoes and full of enthusiasm, I went to the pitch to finally do what gave sense to my life. That day I played as a defender. I didn’t know where to stand, I had no position, but I didn’t care, I was happy. I even scored a goal.

At halftime, our rivals went to ask the organizer for my ID. They did not want me to play. That day, I wanted to stop playing. I wanted to quit the sport that provided me a sense of belonging. I did not want my teammates to experience an uncomfortable situation because of my identity. I felt embarrassed.

Players and clubs often wanted to exclude me from tournaments. They said that I had an advantage because I was a man. Those were awful situations. What’s more, I did not generate any advantage. I have even scored goals against my team due to a lack of skills.

But I never gave up. Soccer saved my life. Since I started kicking the ball, I realized that it was the place where I belonged.

That feeling of belonging is what prompted me to take the sport more seriously.

The dream of being a professional

In 2018, playing the Amateur Platense League with the Malvinas club, I got an offer to fulfill my dream and play in Villa San Carlos for the Asociación de Fútbol Argentino (AFA) professional tournament.

I never thought it was possible until then but, seeing that there were no restrictions, I went for more. I never stopped, the objective was clear and I knew it was within my reach.

After meetings with AFA president Cladio Tapia, we signed an agreement. Finally, on Dec. 7, 2020, I made my debut against Lanús.

Although we lost 7-1, the emotions and feelings after so much suffering came to the surface when I stepped onto the grass. I felt that I had achieved that once difficult and distant dream.

Today, I look back and I can understand that everything I experienced served to achieve my dream of being a professional player. Life has shown me that there are no stereotypes.

I hope when people hear the name Mara Gómez they know that I fought for every inch, every mile. But, above all, I want them to know that society has advanced. When you really want something, you can achieve it.

According to official FIFA data, around 26 million women play soccer regularly in 180 countries around the world.

The first match considered official by most sources was held in London on March 23, 1895, organized by the British Ladies Football Club. It was a meeting between the North and South teams on the Crouch End Athletic field, in front of 10,000 people, which ended with the 7-1 victory of the North, led by Nettie Honeyball.

After previous international championships, such as the 1988 FIFA Women’s Invitational Tournament, the first edition of the Women’s Soccer World Cup was held in China in 1991, with the United States crowned as champions. The last editions of Canada 2015 and France 2019 have also ended with a victory for the United States. The top scorer in the history of the competition is Brazilian Marta Vieira da Silva with 17 goals.