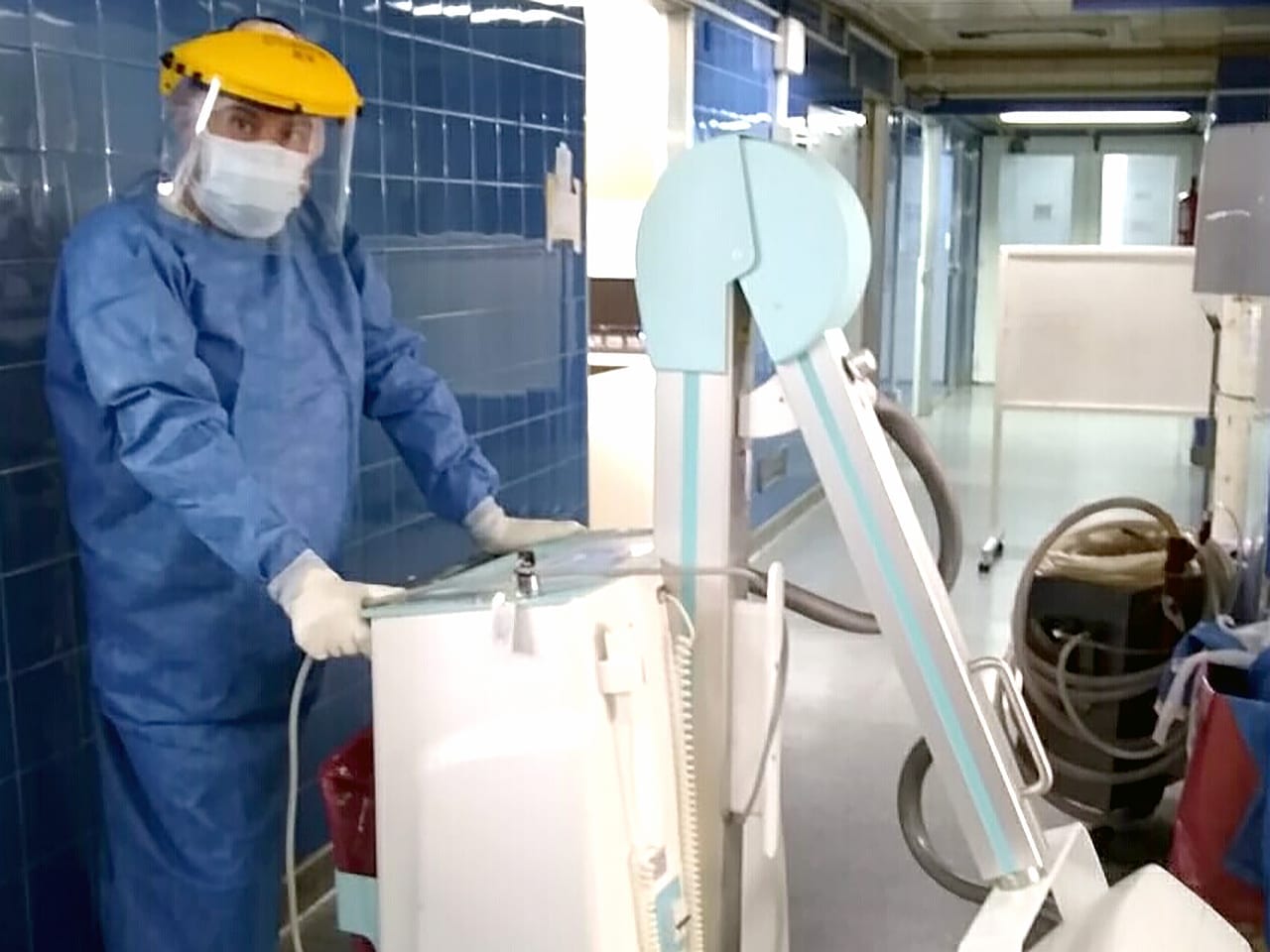 We looked like doctors from the movies: covered head-to-toe in protective equipment as we walked into the unknown. 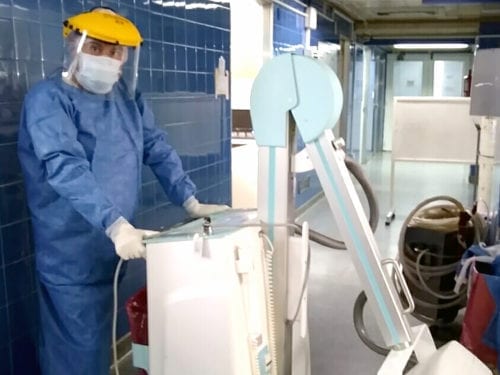 BUENOS AIRES, Argentina—There’s no longer an easy answer to the question, “who are you?”

I’m a warrior, but my weapon isn’t a rifle in my hands. I’m a fighter, but my days are not spent in trenches in a field. I’m fighting a battle, but my enemy is invisible.

My name is Juan Manuel, and I’m a soldier against COVID-19.

Life before the pandemic

My days are spent in the guard of patients at the Hospital de Clínicas José de San Martín. As a radiologist and tomographer, I attend to pathologies that require x-rays.

Before the pandemic, I used to arrive at my workstation and settle into the x-ray room with my morning latte while I waited for patients.

Then, in February 2020, everything changed. Word of a new virus spread across the front page of every newspaper and hospitals began implementing COVID-19 protocols.

Suddenly, the atmosphere changed. A nervousness filled the air and nipped at the necks of medical professionals and patients alike as they wandered the hospital’s corridors.

We were in a trench waiting for the signal to open fire against the enemy on the horizon.

A change of plans

Arrows on the hospital floor indicate two options: the COVID ward, and the non-COVID ward. People enter the building and, according to their symptoms, are herded in one direction or another.

Fear gripped me. It gripped us all.

What can this virus do? What are we fighting?

At that time, I had no idea how much my life was going to change.

I went from being a radiologist to an active soldier in a global fight against a virus that killed hundreds every single day.

Slowly, all of our efforts were focused solely on combatting the coronavirus.

As the days went by, the non-COVID zone of my floor shrunk almost into oblivion.

Positive patients quickly flooded the floor, and we donned our armor: two shirts, a protective jacket, a designated double-layer of pants, boots, gloves, and a surgical mask.

We looked like doctors from the movies: covered head-to-toe in protective equipment as we walked into the unknown.

After every patient, I would exit the room, change into a new set of protective clothing, and continue the fight.

Who will the patients imagine we are? I thought. Can they even see me?

I could no longer tell my coworkers apart.

As COVID advanced, the hospital’s capacity dwindled. It became necessary to transform other floors into intensive care units.

The level of nervousness among the staff exploded. Rashes covered our bodies from long days spent in uniform. Neither we nor our skin could breathe.

Only our sense of camaraderie between us—the nurses, doctors, and other medical professionals—kept us going.

Gloria, a nurse in the hospital, had become a very close friend. She helped me through a time when it felt as though my mind was playing tricks on me and dark thoughts had invaded my conscience.

Meanwhile, inside our doors and out on the streets, deaths from COVID-19 skyrocketed.

As I stood in the x-ray room, new patients came and went.

Then, a woman entered the room.

My mind struggled to process the information. Gloria, my coworker, and friend, with whom I had spoken only two days ago.

The swab tested positive and the evolution of the virus in her body was so advanced and rapid that she was on the brink of unconsciousness and fighting for her life.

It can’t be. There must be a mistake, I thought.

Deep down, I knew. It was an excuse to convince myself that Gloria, a person so full of life and energy, was not the one lying in that bed.

But it was Gloria. Pneumonia invaded her lungs.

She was young and vibrant—not the patient you would expect to be hit hard by the virus.

It would be unfair to say that I suddenly became aware of how dangerous this truly was.

Perhaps, in the whirlwind of work, I sought escape from reality. I tried only to do my tasks to the best of my ability until the virus hit close.

That girl, once the embodiment of vitality, was fighting for life, struggling against an invisible enemy.

I couldn´t stop thinking about Gloria.

After three days off work, I resumed my post.

When I arrived, I saw that a new patient had taken up residence in Gloria’s bed.

“Where’s Gloria?” I asked my colleagues.

“I think they discharged her,” one of them said.

“They told me she died,” said another.

Nobody knew the truth.

For days it felt as though we were chatting with death himself.

Months passed without word of Gloria.

I returned to the daily maelstrom that left not a minute for free thoughts. And, when I left the trenches, I sought only the rest of the body and mind before it was time to rinse and repeat.

I became nothing more than an automaton.

Three months later, I entered a room in the hospital. I turned to the patient and felt a hand on my shoulder.

“Juanma?” the voice asked. “It’s Gloria. I recognized your voice.”

Joy spread throughout my body. It was all I could do not to hug her there, in the middle of the hospital, in front of patients amid a global pandemic.

Her battle with COVID-19 was difficult, but she was able to recover and get back to work.

Seeing Gloria, having her recognize me by voice alone, reaffirmed my conviction that companionship is critical in the healing process.

There are a lot of people facing medical uncertainties, and the health system is their sole companion in a time when friends and family are barred from visiting rooms.

According to the Ministry of Health, the patient was a 43-year-old man who arrived in Buenos Aires from Milan, Italy.

Days later, mandatory isolation was established and ran its course for eight months.

The number of deaths has surpassed 50,000 with more than 2 million confirmed cases. Argentina is ranked number 12 in the countries with the most infections behind Germany and Colombia.

Since December 30, 2020, Sputnik V, originally from Russia, has been made available in Argentina. Doses of a variant of AstraZeneca/Oxford from India and Sinopharm from China are expected to arrive soon 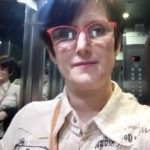 Luciana Navatta is 49 years old and from Argentina. She is a journalist and a National Public Accountant. She is passionate about writing stories of life, of overcoming, and of people who make resilience their banner.